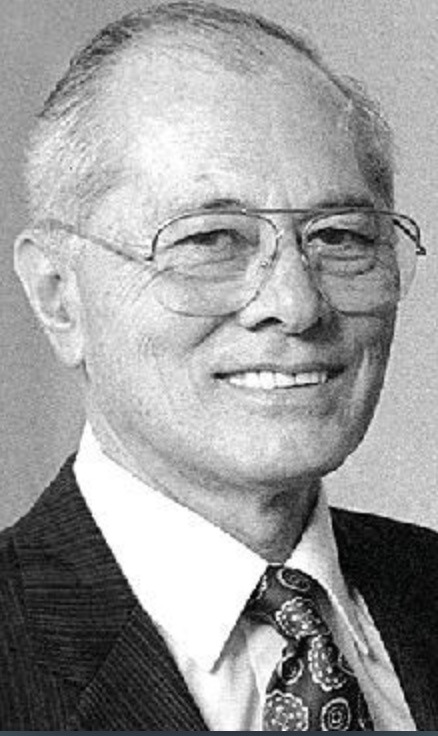 Like anyone looking for skilled nursing care for a loved one, Roger researched the basics. He checked off insurance, proximity to family and home, ease of visitation, appropriate services, the living environment and reputation. Check! Check! And Check! Chandler Hall fit all of his benchmark ideals. But hitting your base benchmarks should not be the sole reason to choose any one facility. In this case, it was an intangible that was going to drive his decision. “Will they really get to know and work with my Dad?”

Knowing What Your Loved One Needs

Each resident’s story is different and their medical requirements are unique to them. Roger’s father, Eugene, was a highly educated, well respected man with an impressive career as the former Deputy Attorney General of the Commonwealth of Pennsylvania. Prior to that, he had an impressive career as a litigator with a government agency in Washington, DC. He had lived and worked independently for his entire life until his stroke left him physically unable to care for himself. As so often happens, Eugene’s intellect and cognitive faculties were essentially unchanged. But he now had physical limitations that meant he needed assistance on a daily basis, with many tasks. Finding the right fit of compassion, understanding and flexibility was really going to drive the ultimate decision.

Roger needed to make sure his dad would be respected and included in decision making. Eugene wouldn’t take well to being treated in a patronizing manner, talked down to, or just “humored”- he needed to be seen as the same in-charge person he had been all his life, despite the fact he now needed assistance.

The Way We Choose- What Factors Make a Difference?

Roger’s experience as a provider of general nursing services staffing meant that he had an understanding of the area’s skilled nursing home reputations, philosophies and staff turnover. He knew of Chandler Hall’s reputation as a caring, Quaker-based community whose operating principle was to “see the patient as an individual deserving respect”.  He knew that the simple philosophy of individual respect was “baked into” Chandler Hall’s culture. He felt certain that at Chandler Hall, his Dad would find the respect that he deserved- and needed. Eugene had high expectations of everyone in his life, including his children. This meant that Roger and his siblings needed to make sure his Dad was in a place where he would be respected, even when he needed personal care. And like many of us, Eugene didn’t want to “just hang out with all those old people” – the stereotype many of us have about assisted living, personal care and nursing homes.  Roger felt that Chandler Hall would be the perfect environment for his Dad.

Eugene’s experience was not disappointing. While he was in the Friends Nursing Home for only a little more than a year, it was a peaceful stay filled with many trips to the facility library and visits from friends and family.

Roger described his Dad’s stay at Chandler Hall in a positive light. He praised the staff’s attentiveness, and willingness to work with the family to provide his Dad with any additional comfort that he might need.

Eugene’s scheduled external doctor’s appointments were efficient and on time. When the family came to visit, they were greeted by name, with information and updates on Eugene’s care and condition. Everyone always was on top of their game, just like Dad was, every day of his life.

Transitioning Through Levels of Care

Two weeks before Eugene passed away, the family was notified that it was time to consider Palliative Care and then Hospice. This decision was made especially difficult as restrictions due to Covid precautions made person to person visitation impossible. As it became clear that Eugene’s passing was imminent, Hospice contacted the family to bring them in to say their goodbyes. The staff communicated to the family that they needed to come in immediately if they wanted to say farewell to their Father and Grandfather. That clear, honest communication was so important. The family was able to change their plans and come in and say their goodbyes in time, in person.

Roger is grateful to Chandler Hall for helping his Dad and his family through a very difficult time. While the ultimate outcome was always understood, the time spent leading up to it was filled with comfort and respect for both Eugene and the family. The stroke set into motion a whole new way of living for Eugene. But as Roger put it “[at Chandler Hall]…it still felt like he had a home”. The dedication of the staff at every level helped make Eugene’s last year, as he struggled with the aftermath of a stroke, one filled with kindness, caring and dignity. And that’s why Chandler Hall is the choice of people who know what’s available throughout the community, when they make a choice for their loved ones.

If you have a loved one in need of additional assistance, whether it’s after a medical issue of any kind or in the course of aging, Chandler Hall has options ranging from independent living, to residential living with assistance, to personal care, memory care, skilled nursing at friends Nursing Home and even palliative and hospice care, to see your family through every step of life’s journey.

If you’d like more information about our programs and availability, just give us a call at (215) 860-4000, or fill out the form below and we’ll get in touch to answer any of your questions about navigating the care journey at Chandler Hall.